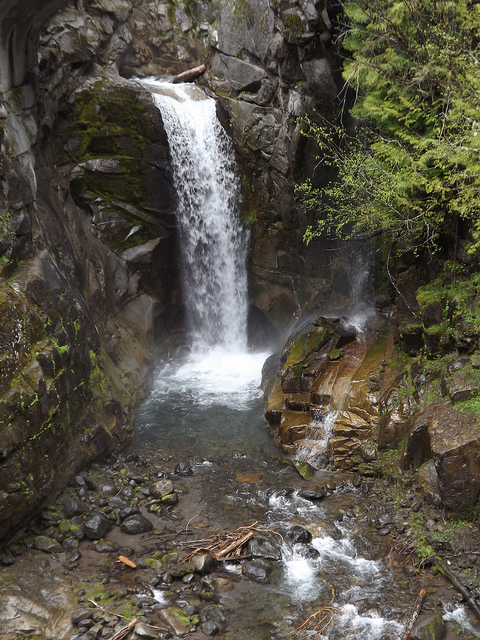 We’ve had enough rain in the past few weeks in Mississippi until it’s hard to picture anywhere on the face of the earth being short of water. Even on higher elevations, the ground squishes when you walk. But I know that’s not the case everywhere.

In fact, the U.S. Drought Monitor shows high-level drought conditions (D4 – exceptional, which is a step above D3 – extreme) for a large area of the Plains states, surrounded by descending degrees of drought farther away. Even Hawaii is experiencing drought in some areas, which staggers my imagination for a state surrounded by water.

As much as we like to think we’re in control of our own destinies, how much control do we actually get over the amount of water we have access to? We conserve when there’s a drought, call for a rescue when there’s a flood, and hope for the best in between.

Water through the ages

Moses painted a word picture for the Israelites, near the end of their journey in the wilderness, of the contrast between Egypt, where they had been in bondage, and the Promised Land — Canaan — that they were about to enter:

“For the land, whither thou goest in to possess it, is not as the land of Egypt from whence ye came out, where thou sowed thy seed and watered it with thy foot, as a garden of herbs.” (Deuteronomy 11:10 KJV)

Meanings of “watered it with thy foot” could include digging a small trench around a plant with one’s foot, allowing water to collect at its base, or operating some sort of foot pump-powered irrigation device. Either way, they seemed to only be able to get water to support a small garden producing a few herbs. The picture is clear, especially when compared with the next verse, that water was not easily available in the land of Egypt.

“But the land, whither ye go to possess it, is a land of hills and valleys, and drinketh water of the rain of heaven:A land which the Lord thy God careth for: the eyes of the Lord thy God are always upon it, from the beginning of the year even unto the end of the year.” Deuteronomy 11:11-12 KJV

The land of Canaan was a special place God had prepared beforehand for them, and that he himself watered with rain from heaven and cared for, watching over it all throughout the year.

Was God condemning the practice of digging a covered reservoir for collecting rainwater? Most likely not, because other references indicate the practice was common for literal water usage. But he made a point they would understand: Why would someone leave a free-flowing, clean, refreshing fountain of water and go a little distance away to dig a cistern, even a leaky one, that was vulnerable to contamination from the ground, from insects or animals or anything that washed into it?

Why, indeed? Obviously he was using the physical practice of getting water via a fountain vs. digging a cistern, to draw attention to more spiritual matters than their source of drinking water. Why choose what isn’t working that well, when all you would ever need, and more than you could ever hope for is so close and available?

I know this blog is potentially read by people from all walks of life and backgrounds. But one thing that seems universal is the appreciation for something refreshing and satisfying to the heart. We’re just made that way.

I recently learned that I reside in what a Gallup Poll has determined to be the “most religious state in the U.S.”, earning that distinction for the second year in a row, in fact. But even here, I wonder how people divide out across the fountain-cistern choice index. How many are getting their thirst met with a free-flowing fountain that washes things away and cleanses and heals and restores? How many cautiously protect a little water pooled in the family cistern that they’re too hesitant to leave, either for fear of losing something they’re not ready to part with in the rushing water, or simply fear of trading what they’ve always known for what they are not sure of?

Author Kristen Lamb, an encourager of writers and other artists, warned recently of staying in the Land of Good Enough. The blog is not intended to be about spiritual matters, but about the things in life that can be allowed to hinder writers and other artists from reaching for the greatness that is in them: not by just being lazy or giving up or deciding against writing altogether. No, the danger is in starting to pursue the dream, but being lulled by the security of a day job, or a little return on the writing investment, or other actually good things that make struggling to get the best out of ourselves simply feel like too much to fight for.

The principle surely applies to other areas of life, as well. “Good enough” gets stale, rancid and tasteless. Like the water in a cistern.

So where do you get your water?

Jesus said, in John 7:38, “He that believeth on me, as the scripture hath said, out of his belly shall flow rivers of living water.” Believing according to the scriptures — a cut above what’s often thought to be the confession of simply saying we believe — produces a true river of living water.

So what does your Drought Monitor show?

Why do I bother to blog about these kinds of things among people, including many professionals, who have their own ideas about life, which in many cases they are so ably sharing through their writing? Why venture out of a safe zone of topics mutually comfortable to everyone?

Because in a time when I appeared to have all I wanted from the outside, nothing was further from the truth on the inside. One person who was open about a different approach to these matters quietly allowed me the opportunity to decide if I wanted to ask more questions, and I’m forever thankful that I did.

Once I Heard the Sweet Song, my upcoming debut novel, portrays a young girl’s desire to have the best above the good.